The Shadowsworn, The Matron of Ravens, The Raven Queen – Demigod of Death, Fate and Ravens 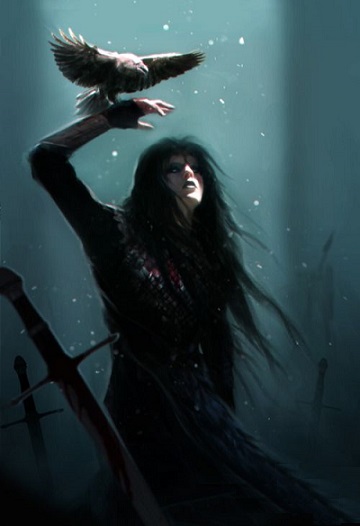 “In the end, farmers and kings are the same. Both are subject to that final, wistful moment.”

More commonly known as the “Raven Queen”, or the Shadowsworn, is the ancient goddess of death. While her origins are buried in the mists of time, she was believed to once have been a powerful Arch-Fey, who was imprisoned for a long time, and only recently rose from the shadows of time to reclaim her portfolio over death. Her patrons seek her favor to guide them in death and prevent the curse of undeath from falling on them.

Umbral is described as a tall and slender woman, with flowing black hair and pale, porcelain skin. She almost always wears a blank, porcelain mask, which is often considered the symbol of her priesthood. On the rare occasions she removes it, she is described as a beautiful woman with red irises.

No Pity : Hold no pity for those who suffer and die, for death is the natural end of life.

The Chains of Fate : Bring down the proud who try to cast off the chains of Fate. As the instrument of the Raven Queen, you must punish hubris where you find it.

Death is Absolute, Never Fleeting : Watch for the cults of undeath and stamp them out whenever they arise. The cults of the Corruptor seek to claim the Raven Queen’s throne, and should be hunted. 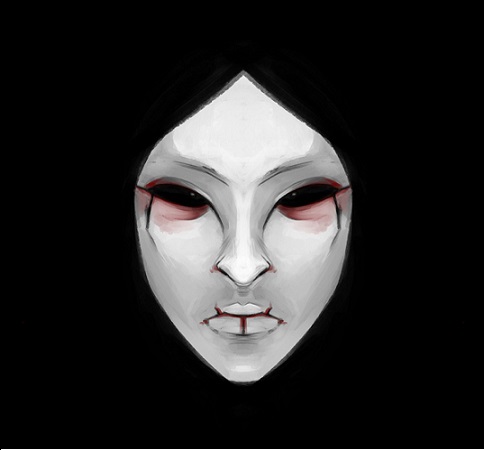 Mask of the Raven Queen 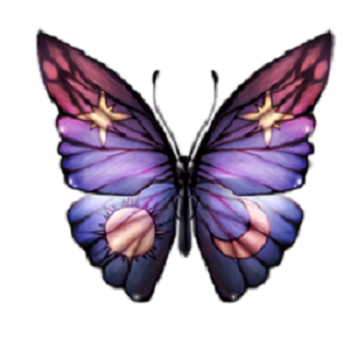 The Raven QUeen does not typically manifest her physical form outside of the Shadowfell, rather expresses herself through symbols, perceptions and images to her followers. Her direct presence is rare, and represents a particular attention of importance to the Dominions. 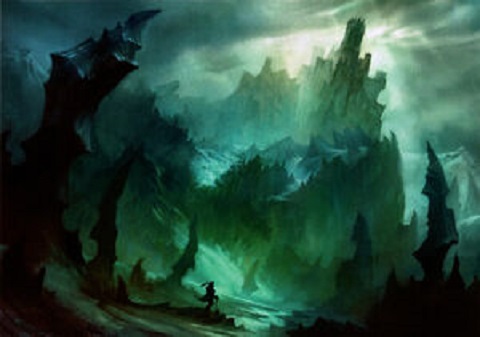 The Fortress of Memories, the Shadowfell

One of the Raven Queen’s divine realms in the Shadowfell is a castle known as the Fortress of Memories. It is a place of overwhelming sorrow, overflowing with memories taken from mortals and fragments of dead deities, material objects collected by the shadar-kai and brought to her as gifts, and apparitions of creatures and places associated with strongly emotional stories. Swarms of Sentinel Ravens occasionally fly out of the fortress, taking her cryptic messages to the far reaches of the multiverse and acting as the Queen’s eyes and ears while away.

The Raven Queen is also said to claim a domain in the Shadowfell known as Letherna, a fortress of black ice within a frozen forest through which the souls of the deceased have to pass before reaching the afterlife, according to some versions of the World Axis cosmology.

The whole existence of the Raven Queen is focused on collecting memories and strong emotions, typically associated with loss and tragedy. To that end, she dispatches shadar-kai to the far confines of the multiverse to wait for such an event to unfold, as scouted by her ravens. Then they collect mementos, such as trinkets, memories from the living and sometimes the souls of the dead, and bring them back to her.

The Raven Queen also claims domain of the souls of all shadar-kai, which always return to her after their deaths.

She is said to have forged the first weapons infused with shadow magic. These sentient blades, such as the Blackrazor, are found in many locations throughout the multiverse and are capable of binding with their wielders. For that reason, the Raven Queen is a popular hexblade patron among warlocks.

The Raven Queen is trapped by her fascination with the past. She sits in her fortress, amidst all the memories of the world, looking at the ones that please her most as though they were glittering jewels. Many great wizards have attempted to understand her motives, but like a raven she has always remained cryptic, keeping her cache of secrets just out of their reach.

One of the Raven Queen’s greatest enemies is the demon lord Orcus, who constantly seeks control of the Shadowfell. He hopes to find a weakness in her domain by discovering her true name.

Other wizards and necromancers crave the Raven Queen’s knowledge and domain over souls. Attempts at conquering the Fortress of Memories are constant, but are always thwarted by her more fanatical shadar-kai defenders.

Although a complete account of the Raven Queen’s motivations and origins is not generally known, it was believed that she was originally a much beloved elf queen from the Feywild who witnessed the conflict between Corellon and Lolth. Worried that the dispute might torn the Seldarine asunder, she rallied her followers to perform a powerful ritual in order to become a deity, so she could have the leverage to appeal to the deities’ senses.

The ritual involved the offering of the queen’s followers’ souls and magic to add to her own power, enabling her to reach Arvandor. The followers, who called themselves Shadar-Kai, firmly believed that their queen was capable of reunifying the elven pantheon and the sundered elves.

However, evil wizards among the queen’s followers attempted to divert some of the energy from the ritual to amplify their own powers. Moments before completing the ritual and reaching Arvandor, the queen reacted by punishing the wizards with a burst of divine fury. This curse corrupted the ritual into a siphon that dragged the queen and her followers into the Shadowfell, where she was instantly killed. However, drawing upon her recently acquired divine powers, the queen rose from the ashes and, in her growing madness and grief, transformed the wizards into wretched avian forms known as nagpas, and banished them forever to wander the planes.

The Shadar-Kai, a race of elves touched closely by the Shadowfell, are now forever bound to the Raven Queen by ancient ties and centuries of service to her aspect.

The queen herself was still further transformed by the corrupted ritual, her form dissolving into disconnected sensory perceptions. Moreover, both Corellon Larethian and Lolth considered her actions to be treason, so they erased the memory of her existence from all elves for millenia. In order to prevent herself from disappearing entirely, she drew memories of her from the Shadowfell itself in order to sustain her identity. Over time, the subjective remains of the queen and the loose darkened memories gave rise to the entity known as the Raven Queen.

Another account of the Raven Queen’s origin states that she was originally a sorceress who led a rebellion against a former god of death in Pluton. In order to prevent her from becoming a tyrant in the same fashion as the defeated god, other deities elevated her to the status of goddess of death, but with no power over the dead themselves.